A team from the Archaeological Survey of India have announced the discovery of a monolithic sandstone Shiva Linga dating from around the 9th century AD in the Quảng Nam province, Vietnam.

The Archaeological Survey of India is an Indian government agency attached to the Ministry of Culture that is responsible for archaeological research and the conservation and preservation of cultural monuments.

The discovery was made during a conservation project at Mỹ Sơn, an archaeological site consisting of Hindu temples constructed between the 4th and the 14th century AD by the Kings of Champa, an Indianised kingdom of the Cham people.

The Mỹ Sơn temple complex is regarded as one of the foremost Hindu temple complexes in Southeast Asia and is recognised as a UNESCO world heritage site.

The linga, also called a lingam is an abstract or aniconic personification of Shiva in Shaivism and is generally the primary murti image in a Hindu temple dedicated to Shiva. Lingam iconography is often found at archaeological sites of the Indian subcontinent and southeast Asia that includes simple cylinders set inside a yoni. 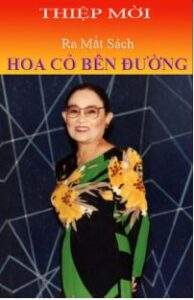