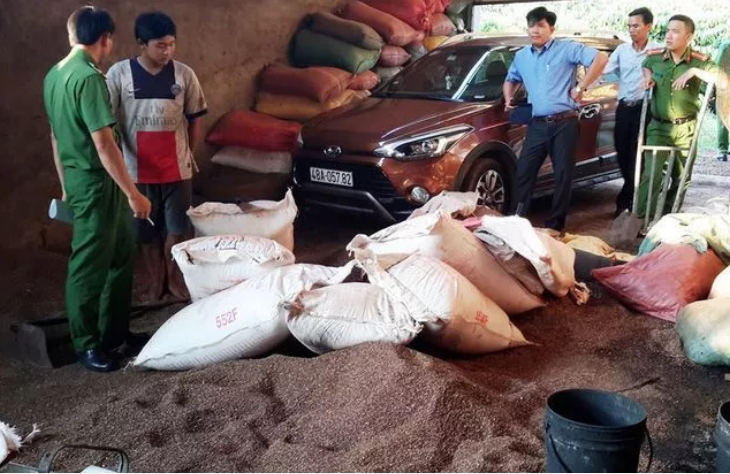 On Monday afternoon, Dak Nong police and inspectors from the Department of Natural Resources and Environment raided a workshop, owned by Nguyen Thi Loan, a resident in Dak Wek Commune in the Dak R’Lap district, after receiving tip-offs from local citizens about suspicious activities being conducted on the premise, reported Tuoi Tre News.

Among the raw materials, authorities found 77 pounds of black powder extracted from D batteries, a bucket of black liquid and two barrels filled with battery shells.

Loan told police she purchased rejected coffee beans and shells from other facilities at a discounted price. Her factory would then mix the beans with other materials, such as dirt and rock dust, before dyeing the product with the black powder from the batteries.

According to authorities, Loan admitted to running the operation for years and said she has already sold more than three tones of her product this year. During the raid, authorities found 12 tons of the low-quality coffee on the premise.RELATED STORIES

Police have confiscated all the materials found and are currently investigating the matter.

Tran Hong Con, an associate professor at the Vietnam National University, said the black substance in D batteries is a chemical called manganese dioxide. According to Con, the chemical compound is highly oxidant and even ingesting a small amount could cause manganese poisoning in humans.