Soldiers without a country: We’re finally honoring South Vietnamese who fought with us

These unknown soldiers were shot down in a U.S. military C-123 during the Vietnam War. We should never forget those who stand beside us in hard times.

How do we as a society remember our dead, including those who lost their lives alongside us in our nation’s wars? William Gladstone, a British prime minister during the 19th century, offered a timeless formula: “Show me the manner in which a nation or community cares for its dead, and I will measure with mathematical exactness the tender sympathies of its people, their respect for the law of the land and their loyalty to high ideals.”

On Friday, a U.S. Air Force aircraft will carry the commingled remains of 81 airborne soldiers of the former South Vietnamese Army from Hawaii, where they have been stored in a military facility for more than 33 years, to California. On Oct. 26, there will be a full military ceremony honoring their service in Westminster, often known as Little Saigon, where tens of thousands of Vietnamese Americans now live.

This will be a unique occurrence because their names might never be known and because they were soldiers of an allied army. Following the ceremony, these forgotten soldiers will be laid to rest under a commemorative marker in the largest Vietnamese-American cemetery in our country.

This final resting place will mark a complicated, 54-year journey that began on a long-forgotten battlefield during a vicious war that tore apart our country and resulted in the deaths of 58,000 Americans and millions of Vietnamese.

The South Vietnamese and American flags fly at a commemoration of the fall of Saigon in Westminster, California, on April 30, 2015. (Photo: Matt Masin/The Orange County Register via AP)

‘Men Without a Country’

In late 1965 an American C-123 was shot down, killing all four American crew members and 81 South Vietnamese Airborne soldiers. The crash site was located in a contested area and was not visited until 1974. Bone fragments and some personal paraphernalia were gathered, but all of the recovered remains were commingled and could fit into one large casket. The remains were shipped to Bangkok. The American crew members were later identified through DNA testing and were given a proper interment. But there was no flight manifest for the South Vietnamese soldiers. In 1986, their remains were sent to the U.S. military’s POW/MIA lab in Hawaii, which is responsible for identifying those lost or missing from our nation’s wars.

And there the remains of the South Vietnamese soldiers have been sitting for the past 33 years. Because there was no flight manifest for such a combat mission, we will probably never know the names of those who were lost. They are identified only as members of an elite airborne battalion of the Army of the Republic of Vietnam.

The Hanoi government twice declined to accept them for a proper burial in Vietnam.  And because these were not American citizens or soldiers, there was no clear way for them to be buried and properly honored in the United States. They are unknown soldiers, and have indeed become “Men Without a Country,” after having given their lives on behalf of a country that no longer exists.

Laying to rest the 81 in Freedom Park

I learned about this situation two years ago. For me, Gladstone’s timeless message was a guidepost. If we are who we say we are as a nation and as a people, we should care not only for our own dead but also for those who served alongside us under great peril.  These lost soldiers deserved to be remembered with honor and dignity.

After many months of intricate negotiations on both the diplomatic and legal front, this is now going to happen. On Oct. 26, after the memorial service in Westminster’s Freedom Park, the soldiers will be interred near a memorial that remembers the courage and contributions of the hundreds of thousands of Vietnamese refugees who took to the sea during perilous times, risking everything to come to our country.

The ceremony will do far more than merely remembering the sacrifices and the five decades odyssey of those young soldiers who so long ago lost their lives for the ideals of democracy on behalf of a country that no longer exists. It will also serve as a reminder of the hundreds of thousands of other soldiers who lost their lives and the thousands of others whose remains might never be found.

The sad but epic journey of these lost soldiers from the battlefields of Vietnam to the largest Vietnamese-American cemetery in our country will provide closure for many others who paid their own price and made their way to America. It will allow our nation to remember and appreciate the contributions of the 2 million Americans of Vietnamese descent who have helped make us a stronger and more vibrant society.

And it will help us to remember who we are as Americans, and who we should always aspire to be: a people who treasure human life, and who will never forget those who stood beside us during extraordinarily difficult times. 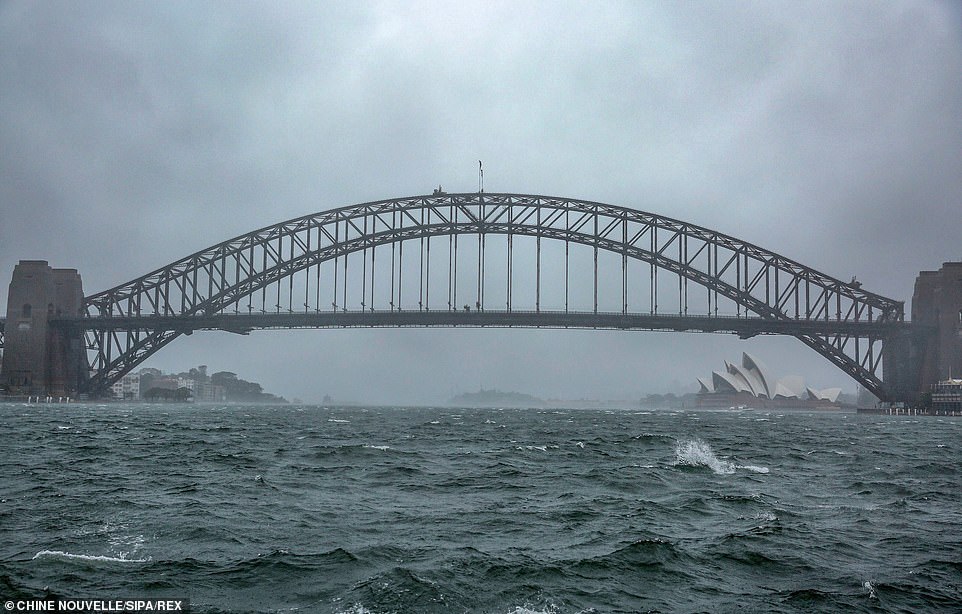 Sydney is battered by heavy rain