Dr. An Minh Truong came to the US when he was 26 and had a long career in law enforcement Author: Lauren Zakalik Published: 5:37 PM CDT May 7, 2019

HALTOM CITY, Texas — As a child growing up in Vietnam, studying by street light, An Minh Truong says he never could’ve imagined the life he’s ended up living.

Monday, he’ll be sworn in as the mayor of Haltom City after receiving nearly 60 percent of the vote.

“I’m so proud for myself, my family, and…for the Vietnamese American society as a whole,” Truong told WFAA Tuesday.

With his election, Truong is making history. We’re told he’s the first Vietnamese-American mayor in Tarrant County, and possibly the entire state.

But he’s no stranger to making history. Truong came to the United States at age 26, after having flown planes as a fighter pilot alongside Americans during the Vietnam War.

“At that time, you have to live one day at a time because you have no future. I can be killed the next day,” he said.

Truong then became a Fort Worth police officer in the 1980s. He believes he was the first Vietnamese-American officer on the force.

“Most of them laughed at me, saying ‘You can’t speak English, you can’t learn English,'” he recalled.

For 37 years after that, Truong was an investigator — often undercover — with the Tarrant County District Attorney’s office. But now, the man who eventually earned a Ph.D. is going from city council member to mayor.

“After the election, I said ‘Ah! Can you believe it?’ Something just like in a dream, you know?” he said. “Just like a dream.”

About 4 percent of Haltom City residents are Vietnamese-American, according to online city documents. Truong says another 5 percent are Laotian-American. He’s proud to lead a diverse city. His swearing in ceremony, he says, will include English, Spanish and Vietnamese. 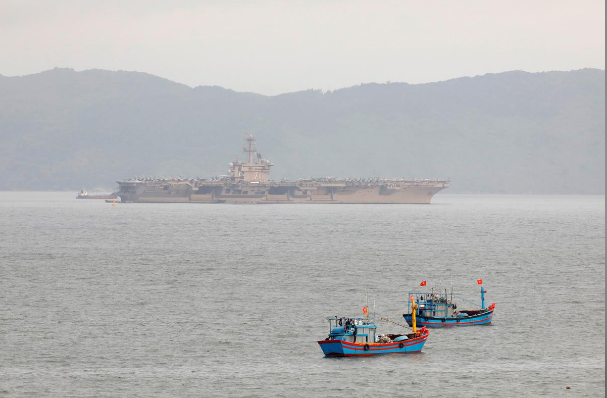