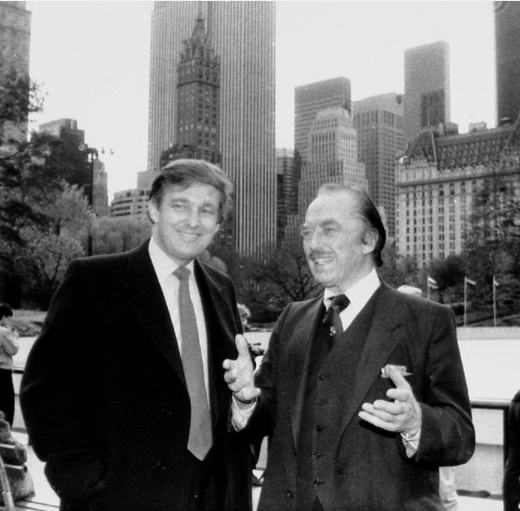 So much for the suppression effort: Despite a lawsuit from the president’s brother claiming that Mary Trump’s new book violates a non-disclosure provision from 2001, details from Too Much and Never Enough poured out prior to its publication on July 14. While former national security adviser John Bolton’s recent book dives into the failures of the president’s time in office, Trump’s niece brings her focus closer to home, examining how their notoriously toxic family dynamic may have resulted in some of his less-than-admirable character traits. And unlike Bolton, Mary Trump’s volume — which sold an astounding 950,000 copies on its first day — isn’t marred by the asterisk that it should all have been testimony. Below is everything we know from interviews and pre-publication excerpts of the work that White House press secretary Kayleigh McEnany called a “book of falsehoods,” despite not seeing a copy of it.

Mary Trump, a clinical psychologist, identifies the president as a narcissist

Even those who don’t know Trump intimately have noted that he has several narcissistic traits, such as an inflated sense of his importance, a need for attention, and a lack of empathy for others. But Mary Trump, who got her Ph.D. in clinical psychology in 2009, claims her uncle expresses all nine clinical criteria for a diagnosis of narcissistic personality disorder.

“Nothing is ever enough,” she writes of the president. “This is far beyond garden-variety narcissism; Donald is not simply weak, his ego is a fragile thing that must be bolstered every moment because he knows deep down that he is nothing of what he claims to be.” Elsewhere she writes that “Donald’s pathologies are so complex and his behaviors so often inexplicable that coming up with an accurate and comprehensive diagnosis would require a full battery of psychological and neuro-physical tests, that he’ll never sit for.”

It’s a go-to assessment for a psychologist, but Mary Trump’s portrait of the family dynamic asserts that Fred Trump’s callous and neglectful treatment of his children is a root cause of the president’s own tendency to lash out at those around him. “By limiting Donald’s access to his own feelings and rendering many of them unacceptable, Fred [Trump Sr.] perverted his son’s perception of the world and damaged his ability to live in it,” Mary Trump writes. Later, she states that her uncle’s ego “is a fragile and inadequate barrier between him and the real world, which, thanks to his father’s money and power, he never had to negotiate by himself.” Mary Trump adds that the president was able to navigate the family environment because “his personality served his father’s purpose. That’s what sociopaths do: they co-opt others and use them toward their own ends — ruthlessly and efficiently, with no tolerance for dissent or resistance.”

Trump allegedly cheated on his SATs

Last year, the president stayed mostly quiet as the country’s attention was drawn, briefly, to the FBI’s Operation Varsity Blues, which focused on wealthy parents bribing college admissions offices and paying for inflated test scores. In her book, Mary Trump claims that her uncle engaged in a similar practice — cheating is his “way of life” — paying a surrogate to take the SAT on his behalf, which helped him get accepted to the University of Pennsylvania. She writes that her aunt, Maryanne Trump, had been “doing his homework,” but was unable to take the college entrance test for him. “To hedge his bets he enlisted Joe Shapiro, a smart kid with a reputation for being a good test taker, to take his SATs for him,” Mary Trump writes. “Donald, who never lacked for funds, paid his buddy well.”

It’s been public knowledge for years that Mary Trump’s father, Freddy Trump, was ostracized in the family. “Donald is worth ten of you,” Mary Trump writes, describing an exchange in which Donald and Freddy Trump’s father shouted at his namesake in front of employees. According to the book, Freddy Trump, who suffered from alcoholism throughout his life, was sent to the hospital by himself on the night he died from an alcohol-induced heart attack at the age of 42. His brother Donald went to the movies.

Trump allegedly made a lurid comment about his niece

In the early 1990s, when Mary Trump was 29, she recalled an incident at Mar-a-Lago in which her uncle saw her in a bathing suit and said, “Holy shit, Mary. You’re stacked.”

“I was twenty-nine and not easily embarrassed, but my face reddened, and I suddenly felt self-conscious,” Mary Trump writes. “I pulled my towel around my shoulders. It occurred to me that nobody in my family, outside of my parents and brother, had ever seen me in a bathing suit.”

In April 2017, the president’s extended family was welcomed to a dinner at the White House to celebrate the birthdays of Maryanne and Elizabeth Trump, the president’s sisters. At the dinner, Mary Trump remembers that her uncle gestured toward Eric Trump’s wife, Lara, saying that he “barely even knew who the fuck she was, honestly, but then she gave a great speech during the campaign in Georgia supporting me.” Eric and Lara Trump had been married for eight years at that point.

In an interview with ABC, George Stephanopoulos asked the president’s niece: “If you’re in the Oval Office today, what would you say to him?”

“Resign,” Mary Trump responded, adding that the country has been exposed to a toxic dynamic that has dominated her extended family. “I saw firsthand what focusing on the wrong things, elevating the wrong people can do — the collateral damage that can be created by allowing somebody to live their lives without accountability,” she said. “And it is striking to see that continuing now on a much grander scale.”

In an interview with MSNBC, the president’s niece told Rachel Maddow

she had personally heard the president use anti-Semitic slurs and the N-word. “Of course I did,” she said. “And I don’t think that should surprise anybody, given how virulently racist he is today.” The allegation levied against the “shithole countries” president is a common one in the promotional rounds of books about Trump: Omarosa Manigault Newman claimed that she once heard a tape of Trump using the slur, while Allen Salkin and Aaron Short reported in their 2019 book that Trump referred to The Apprentice contestant Kwame Jackson by the slur. 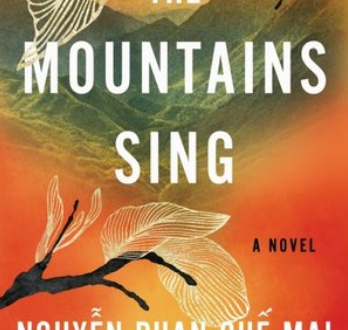 ‘The Mountains Sing” A Song Of Many Voices 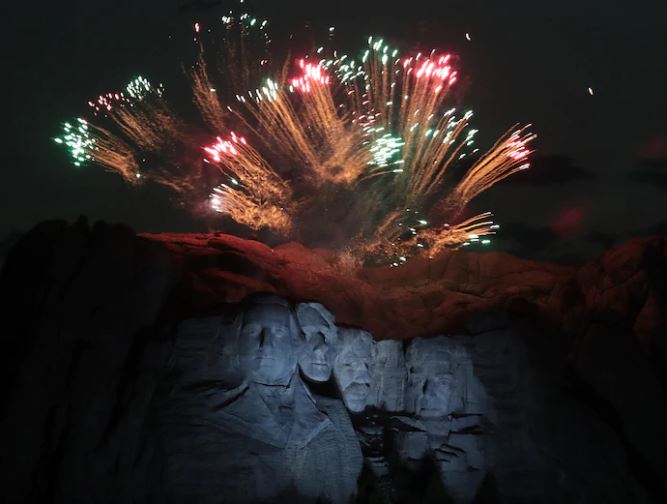